An Unprecedented Crisis? - And the (Possible) Future

Approaching 2020 things were going great for aviation. For almost a decade, aviation had seen a long period of growth and prosperity which came to, what at least felt like, a shuddering halt. Pilots will likely hold the memory of the fear that permeated through their ranks by the early airline bankruptcies and aggressive pilot layoffs, at least until the industry starts its next rally.

For people who have been laid off, a few months can feel like many years, there's family, financial and societal pressures as well as the feelings of lost dreams, halted ambitions, and betrayal. As we take a look at the bigger picture though, even for those who have suffered the greatest pains inflicted by this fickle industry, history suggests all is not lost. 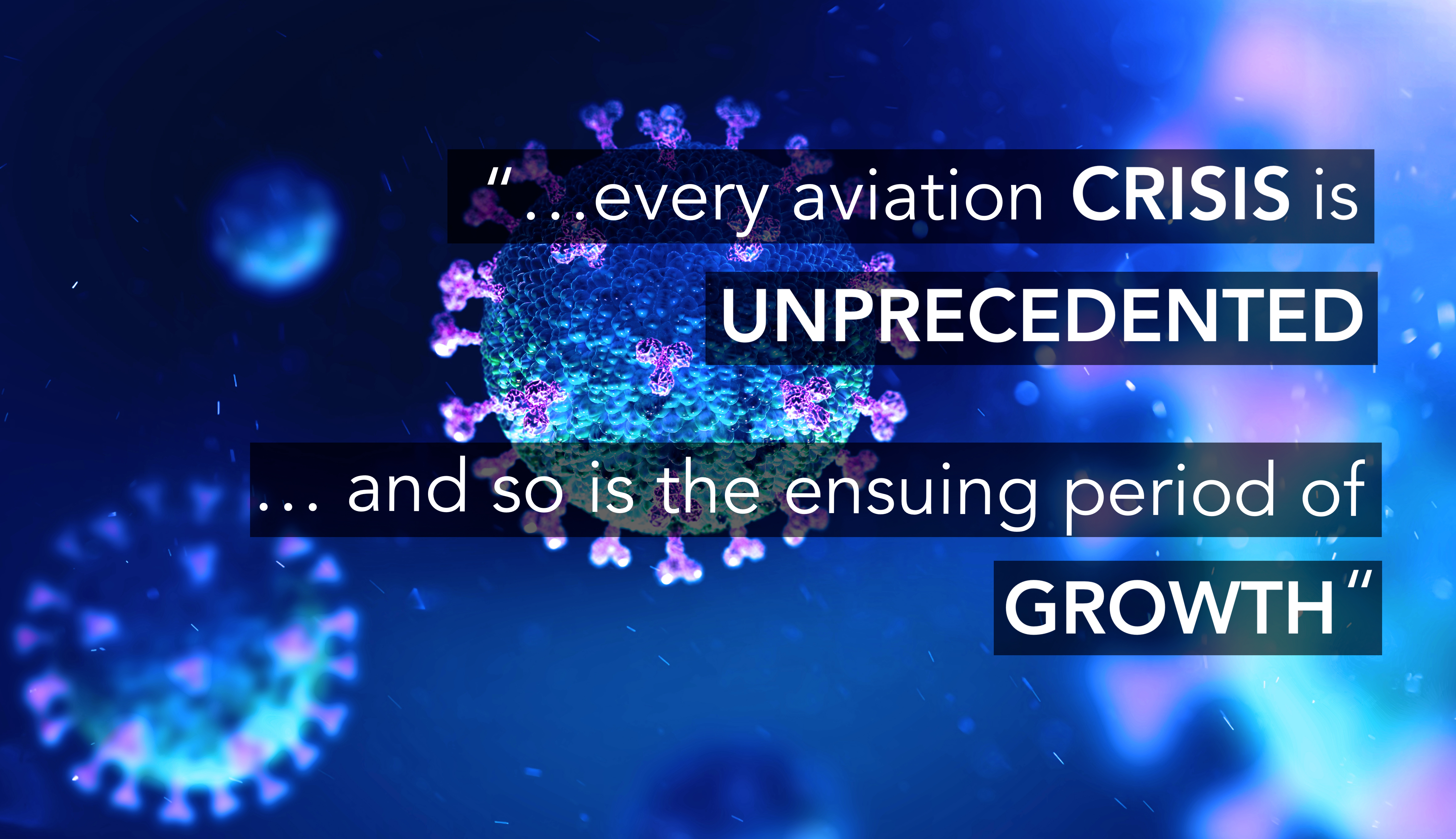 'Life goes on', and so will aviation

Aviation often plays the role of being the 'canary in the coal mine' of the economy. It's usually the first to be hit when things start turning bad and the last to recover when a period of growth arrives. As a result, airline staff often take some of the most aggressive cuts in conditions and the largest job losses.

Covid-19 is not the first 'existential' crisis to hit pilots and certainly won't be the last. The recent and medium-term past is likely to offer some clues as to what the future holds for passenger air transport and the pilots who rely on this industry for their income.

An observable trend over the past few crises to hit aviation is that airlines tend to layoff early in a crisis and the layoffs are between 15% and 30%. The airlines tend to layoff more than seems sensible and recovers faster than the business leaders say it will. Of course, these statements are made about the broader industry and not individual companies. It's likely that a company will lay off staff and reduce its market share to then have a competitor grow into that space.

Recent History - Everything is Un-Precedented

When looking at the recent past, I think it's important to notice the one characteristic that each crisis shared - they were all unprecedented. This seems to be a word that airline management like to band around, possibly to justify their aggressive actions or out of fear and a lack of insight. While they use the word loosely, it's important to remember that every crisis is unprecedented. Every crisis is caused by a different set of circumstances, and after every crisis, aviation enjoyed a period of unprecedented growth.

The terrorist attacks of September 11, 2001, were described as an existential crisis to aviation. There was an almost complete shutdown of civil aviation in North America for 7 days with de-stabilizing global events to follow for many years. A period of uncertainty was entered that affected the psychology of the traveling public. That's an important point because it's that psychological factor that will be key to the return of the traveling public during and after the Covid-19 crisis.

During this period, pilot layoffs in the United States were around 30% (with similar numbers globally) and a recovery period of around 4 years.

During the 2008 financial crisis, the problem that faced aviation was of a different nature. Now the world was facing a total shutdown of its financial systems, entirely down to circumstances beyond its control. The fear of 'not having' caused consumer spending to drastically slow down and businesses moved to preserve capital.

These factors led to falling passenger numbers and led airlines to layoff. Across the industry, the amount of aviation staff to be laid off was around 15%. Here's just one article detailing United Airline's layoffs. There are many more to support this fact. We won't link to them all here.

Something worth noting is that the recoveries were led mainly by low-cost airlines with leaner staff numbers and 'highly efficient' operations, but with almost the same number of flights operated after 4 years.

These excerpts from the linked article detail total employment in the USA airline industry and not specifically pilots.

A drop in employment of 30% with an operational capacity back at 98% tells us that not only did the industry recover for pilots within that 4 year period, but it was leaner and ready for greater profits. In the years that led up to the 2008 financial crisis, that is exactly what we saw.

When we see the success of aviation over the past 10 years since the recovery of the aviation industry post-2008, we see an industry almost unimaginable in scale even pre 9/11. We see an industry that faced two different and unprecedented situations yet showed resilience and rebounded quickly.

Looking further back through history, while economic downturns feel painful for the vast majority of us, the recoveries are surprisingly fast (Wikipedia). History suggests, that once a satisfactory therapeutic treatment or successful vaccine is identified, aviation will once again recover and will do so at speed. At the publishing of this in August 2020, some positive news about potential vaccines is starting to emerge but is far beyond our scope of expertise.

What we can do is to once again use history as an indicator to give us some hints for the future of aviation. The so-called Spanish Flu pandemic of 1918 - 1919, which without the benefits of the science and technology that we now enjoy, lasted for around 1 year. In fact, all the major pandemic outbreaks last for approximately that period. The list of pandemic outbreaks can be seen towards the end of this Wikipedia article.

Using this data, we can make a reasonable assumption that we are already a long way through the crisis.

The light at the end of the tunnel

As we will start to approach the period of recovery and then into further growth, history teaches us that terms and conditions will change and often not for the better but several factors will lead to the recovery of the pilot profession.

Early retirements and early exits from the industry

Senior pilots tend to cost companies more money. Airlines want to reduce cost and in some countries, companies incentivize these senior pilots to take early retirement. Then there are pilots who will choose to leave the industry in the middle of their career, perhaps to return to former work, to pursue a better lifestyle or simply out of the frustration this industry can bring.

A factor that is always hard to directly link to these times of crisis is the resistance caused to potential future pilots. When choosing a career many people will factor in the 'survivability' of it from a financial perspective. The hesitancies caused won't show until long after the recovery but are very likely to be there.

With the historic data, we can see that the pandemic will likely be over sooner than it might feel. Aviation will evolve, likely even more towards low-cost carriers. The industry will be recovering with many unemployed pilots initially available but ultimately with a smaller pool of pilots.

The pilots left will be squeezed for productivity and will be busier than ever, hiring will happen and in a few short years, the news will turn to the question of what to do about the pilot shortage.

After our launch in December 2019, we entered the crisis with all of our users still on our industry-leading free trial. To ensure our pilots didn't have to worry about paying yet another bill, we enhanced our free trial to 350 flight hours or 6 months, whichever is more. This has kept many of our users logging for free until they are fully re-established in the cockpit.

Find out more about the AvionLog Electronic Pilot Logbook